If you’re reading this blog, there is a good chance that you’re a hopeless language addict, suggestible to any new language recommendation, and forever putting languages aside to try out the new hot thing.

So maybe I shouldn’t be enabling you.

But if you’re looking to learn a new foreign language and don’t know which one to choose, I have some recommendations for you—based on how easy, hard, or “badass” they are. And by badass, I mean how badass you’ll feel speaking the language. Hey, that’s an important factor in which language you choose!

I also want to give you a heads up on which languages people THINK are really hard, but are actually really easy to learn. This is another way that you can appear really badass to you friends.

Now of course, this all depends on your native language. If you speak English, certain languages are going to be much easier for you to learn than if you say, grew up speaking Chinese. For the purpose of this post, which is written in English, I’m going to assume that you are fluent in English.

OK, let’s get to the fun part: 12 languages you might want to learn! I’m going to run through a list of languages you might want to consider learning, and give you a quick overview of what to expect in each case in terms of difficulty. I’m going to assume that you don’t have access to a classroom course, and that you are going to be studying on your own with resources and tutors that you can find on the internet. If you do have access to a classroom course, then great—they do wonders for structure and motivation, and are a great way to force you to practice speaking. However, they’re not absolutely necessary for effective language learning; you can still be a very effective learner on your own, with the right tools and motivation. 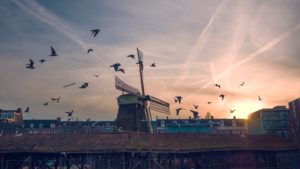 Let's start with the easiest. Dutch is very closely related to English. A lot of the vocabulary was already similar because of their shared history, and then Dutch went and borrowed even more. There are lots of online resources to learn Dutch, but not very many English speakers bother to learn it, because the Dutch are annoyingly good at speaking English. But for that reason alone, you’ll be very unique if you do learn it. And there are 23 million native speakers of Dutch, so they’re not exactly a marginalized community.

Afrikaans is actually a dialect of Dutch; in fact, its vocabulary is about 90% Dutch, with only about 10% borrowed from the Khoisan and Bantu languages. However, as is true with most cases of extreme, forced language contact, the grammar has been extremely simplified, so it is actually even a bit easier to learn than Dutch. However, Afrikaans is only spoken by 7 million people, so keep that in mind.

Most people won’t realize how easy Afrikaans is. They just hear “African” and assume that it has a complicated tonal and click system like many of the Bantu languages (like Xhosa). However, Afrikaans has no clicks and no tones. So, I think that this counts as a language you can put in the badass category, as long as your friends don’t ask too many questions.

By the way, if you want to learn Afrikaans, you might want to check out this great resource put together by South African polyglot Lindie Botes.

Indonesian and Malay have a very special place in my heart, because I recently spent one month in Bali learning Indonesian, and then two months in Malaysia learning Malay, a very similar language. These are truly easy languages to learn (although as with most languages, even if they are easy to learn, they are still hard to master). Just like English, Malay was a lingua franca for traders from all over the world, meaning that as it was acquired and passed on by non-native speakers. In the process, it lost a lot of grammatical and phonological complexity. There are no tones, no difficult sounds to pronounce, no conjugations and it uses the Roman alphabet (that’s the one that we use for English). 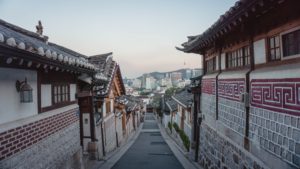 Now we’re moving on to languages that are indeed extremely difficult to learn. Do not underestimate this language. When you first start learning Korean, you learn the alphabet. And the alphabet is amazing. It has what is probably the best and most efficient alphabet in the world, one you can learn in just a couple of hours, literally created by Korea’s linguist king in the 1400s.

However, the grammar is notoriously complicated. In Korean you must conjugate the verb not only for formality and time, but also for how you know what you’re saying, and how you’re reacting to what you are saying. And that is just the beginning of what you’ll need to learn grammar-wise.

Luckily Korean is VERY trendy right now, so there are a lot of great resources and communities online for learning it. Despite its difficulty, I do still recommend it, since it brings you in contact with such a fascinating and rich culture. If you want to learn Korean, check out my Korean Self-Study Starter Kit. 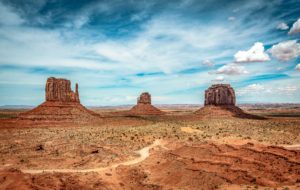 Considered one of the hardest languages in the world for English speakers to learn, this language is so difficult that it was literally used as code language by the Americans in World War II, and was one of the only codes the Japanese could not break.

You would have to pay me a lot of money to try to tackle Navajo. But if your goal is to impress, then that’s the language for you!

Basque is a language isolate, not related to any modern language we know, so you’re not going to recognize very many words. It is also difficult because Basque is what we linguists call a “synthetic” language, meaning that when making a sentence, Basque speakers make a lot of changes to the verb whereas in any other language we would use prepositions and articles and other set words that don’t change much—words like  “to” or “for” or “with.” And the changes to the verbs come not only at the end of the word, but also at the beginning. In that sense, it is like Russian with its multitude of cases (a type of conjugation), except that Basque is like Russian on steroids. Warning: This is a legitimately difficult language. 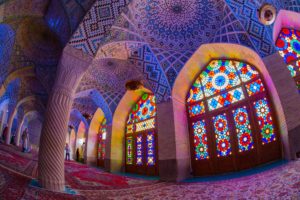 This is a great one, because frankly, most people outside of the Middle East think that is related to Arabic. It is actually a lot easier to learn than Arabic, especially if you are an English speaker. It is written with the Arabic script, which is actually not that difficult to pick up, and the language itself is a not-too-distant cousin of English, a fellow member of the Indo-European language family. Therefore, Farsi grammar is not as wild (to an English speaker) as is Arabic’s. But most people don’t know that!

If you learn Farsi, you also pretty much get Dari for free, since they are very similar. 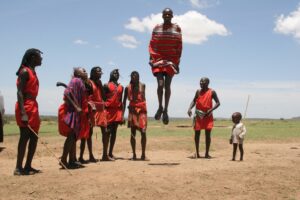 This is another badass language to learn, because people don’t realize that it is actually pretty easy. It is also the lingua franca across 11 countries in Africa. Just like English and Indonesian, its use by many non-native speakers means that it has lost a lot of its original complexity and is thus relatively easy to learn. And don’t worry—no tones, no clicks. 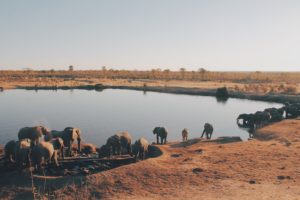 Want to learn a click language? Xhosa gained prominence after the movie “Black Panther” came out, and suddenly everyone wanted to know about this gorgeous Bantu language. It has both clicks and tones, so phonologically you will have your work cut out for you. But you will definitely be in the minority of English-speaking language learners and will gain access to a fascinating culture!

Statistically, I know that many of you are probably interested in or already learning Chinese, and you probably want to know…is it really as hard as people say?

If you don’t count the writing system, Chinese is actually a very easy language to learn. You don’t have to conjugate ANYTHING, so literally in the sentences “I eat a hamburger, she eats a hamburger, we all eat a hamburger tomorrow,” there’s no need to change the verb at any point.

As for Mandarin’s tonal system, they are certainly daunting but not actually all that difficult. There are actually many types of tonal systems out there, and Mandarin uses a type of tonal system called “contour tones,” which are the easiest kind to learn (no such luck for Cantonese or Vietnamese). The way you distinguish contour tones is by how their pitch changes – if they go up, down, dip, or stay the same.

However, the writing system is very time-consuming to learn; I wouldn’t call it difficult per se, but it is very definitely time-consuming. You need to learn a character for every word, and you need to retain that character as well, even though it has a tenuous relationship to the sound of the word. 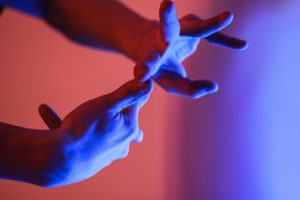 Finally, my absolute favorite: sign languages. First, I should clarify – yes, there are multiple sign languages, there is no universal sign language. Or rather, there is an International Sign Language, but it was very consciously constructed, like Esperanto, and doesn’t enjoy widespread informal use.

Sign languages are badass because you are learning a whole new mode of speaking a language: you are speaking with your whole body (in 3-D!) instead of just with your mouth. For sign languages, you even have to learn your face grammatically, because facial expressions in most sign languages supplement the hands to add extra layers of meaning. For example, to say “you want milk” as a declarative sentence you would use a neutral facial expression. However, to say “do you want milk?”, you would raise your eyebrows, making the sentence a question.

You’ll notice that good sign language interpreters look very “expressive.” However, it actually isn’t that they are being particularly emotive or creative, they’re actually just using their face as part of the standardized grammar system.

I hope this has inspired you to pick up a new language (even if maybe, you were supposed to be focusing on a certain foreign language already!) Every language you learn teaches you so much about how the world works, and how our brains work, so I never discount the usefulness of learning even a little bit of a language. Do you have any languages you can recommend? Let us know in the comments!

Sara Maria Hasbun is an American linguist based in China. Studying the science of language helped her go from completely monolingual to speaking seven languages, so she has made it her mission to make linguistics more accessible to language learners.

A little too real but cute notebook!