Irregular English and How It Got That Way 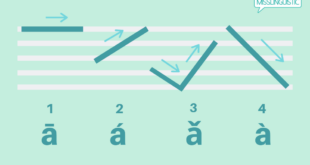 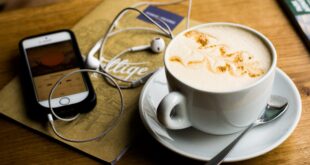 My mother language, or “mother tongue” as we say in the US, is English. This is fitting for a linguist. Not because it is currently a so-called lingua franca, but because it is a very mixed-up and promiscuous language, vulnerable to nearly any language it comes in contact with, mixing its many linguistic influences, sometimes even within the same verb. We “go” to the store because of our proto-Germanic origins (gehen), but we already “went” because of our Ango-Saxon roots (wend).

We raise cows, but eat “beef”, because the Anglo-Norman nobility were the ones that actually got to eat the expensive boeuf that the poorer Ango-Saxon peasants raised. Same for pigs and pork.

We run “amok” because of Indonesian, we “no can do” because of Chinese, and we have “lemons”, “magazines”, and “massage” because of Arabic.

We “wiki” things, and have “taboos” because of Hawaiian. We wear “pajamas” and use “shampoo” because of Hindi.

We can’t spell anything for sh*t because our alphabet was originally created in the AD 400’s for a language that is now long dead, and not even from our same language family. We jerry-rigged that alphabet for our purposes a little under a thousand years later. Then Old English went and changed into Modern English (as languages do) so that our already-awkward orthographic solution was even worse than before.

It can still be understood through careful thought, though.

When the Brits came and dropped off their language in North America along with all of its imperialistic souvenirs and genetic quirks, they had no idea that British English would become fossilized and preserved, as if in amber. In fact, American English is still changing, but much more slowly than British English, so that we Americans actually speak a dialect that is much more similar to the English that Brits spoke in the 1400’s.

Happy Mother Language Day, American English. I am very proud to be a native speaker of this fascinatingly complex and hopelessly quirky language. And happy to use this language to learn many more.

Previous Langjam: Studying Swedish When You Only Have Four Days
Next The History of Malaysian Sign Language (and Yes, There Is More Than One Sign Language) 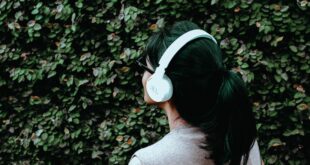 When you learn a foreign language, you usually study pronunciation, grammar, and vocabulary. Maybe even …

There must be an app that recognizes and converts handwritten Chinese to typed text, so that I don't have to reveal my childlike scrawls in my flatlay pics...

Once we've seen the written word, it is hard for our brain to unsee it.

But writing systems are full of pronunciation traps.

This is probably one reason why babies learn to speak faster than adults do: they don't have to unlearn the written word!

I'm live now at the #polyglotgathering answering your questions about sign languages, looking forward to hearing from you!

In this talk, Sara Maria Hasbun will make the case for why language-lovers should consider learning a sign language, and how even cursory knowledge of this linguistic family can enrich your understanding of how language "works".

Looking forward to it!

In this talk, Sara Maria Hasbun will make the case for why language-lovers should consider learning a sign language, and how even cursory knowledge of this linguistic family can enrich your understanding of how language "works".

Just a little Korean street dog, once abandoned in

A departing friend's bucket list item: to walk the

Since it is now irrevocably Spring in Beijing I sh

A photo dump from recent Beijing days (but not too

How do you know when you are fluent? Having grown