The Languages Of Hawaii

misslinguistic Comments Off on The Languages Of Hawaii 561 Views

Since my husband and I live in Korea, and my parents and sister live in California, this Christmas we decided to convene smack in the middle of the Pacific Ocean, on an American island called Hawaii (or, as the Koreans might call it, the American Jeju 😉 ).

Before our trip I figured I had better bone up on Hawaiian history…we don’t exactly dwell on it in our American history classes, and for good reason. The years in which the US, Spain, Russia, Japan, and a few other parties vied for possession of this resource-rich and strategically-placed island were filled with violence, backstabbing, and corruption, and the US doesn’t come out looking very righteous.

But one small upside to Hawaii’s strategic positioning was a linguistic one.

Hawaiian is a beautiful language, with almost no consonant clusters (that means no consonants can be next to each other) except in some borrowed words, and lots of repeating syllables (lulu, kuku, haha). Phonetically it is very easy for English speakers to learn as we have every sound in our repertoire already, although we’re not accustomed to using glottal stops in the middle of words, as in the word “Hawai’i” itself.

Grammatically, however, it is hardly a breeze. And to make matters worse, Hawaiians are notorious for their artful speech and literature full of subtleties, puns, and purposeful ambiguities. This makes Hawaiian a serious challenge for non-heritage speakers.

In the Hawaiian language, Hawaiian Creole English is called "ʻōlelo paʻi ʻai", which literally means "pounding-taro language". This is a different language from Hawaiian, and not quite mutually intelligible with English, but out of all world English creoles, it is supposed to be the one that is the most comprehensible to English speakers. Funnily, to me it sounds a lot like Singaporean English, even though it has a very different linguistic recipe. It is born from the diverse tongues of plantation laborers who spoke Japanese, Portuguese, Cantonese, and Korean, mixed with Hawaiian and English. What started as a linguistic mishmash was learned by a second generation as their native language, giving it standardized grammatical structures and turning it into what linguists consider a "fully-realized Creole," or, what you might call a "real" language.

While Hawaiian would eventually be somewhat influenced by other immigrant languages (mostly in a barrage of English loanwords for Christian terms) it was mostly spared any large transformations due to the arrival of a new language: Hawaiian Pidgin English!

Pidgin English was born of necessity, when immigrants started coming (or being brought) in hordes to labor on sugar plantations. They came from Japan, Korean, the Philippines, China (Canton), and Portugal, and together melded a language which uses a simplified English as its base, but incorporates vocabulary and grammar from all its source languages. While the first result was a McGyvered communicational hodgepodge, the next generation learned it as a native language and in the process, gave it grammatical rules and standardized the vocabulary (here is a one-sentence linguistic lesson you might need: when children are given linguistic input from a language that is not fully developed, they unconsciously and unknowingly standardize that language, giving it grammatical structures and rules that did not exist in the language’s previous instantiation. Crazy, right??)

The result, Hawaiian Pidgin English (which linguists call Hawaiian Creole English, for reasons I won’t get into here) is a language that is barely intelligible to English speakers. Unfortunately, the language is highly stigmatized in Hawaiian society much in the way that African American English is in the continental US. When I came across a Pidgin speaker, they would often refer to their language as merely “bad English”. When I told my Pidgin-speaking cab driver that linguists are actually fascinated by Pidgin and consider it a language in its own right, he nearly crashed the car as he turned around to scrutinize my face for signs of levity. Of course, linguist John McWhorter likes to point out that regardless of rules and structure and standardization, not every language gets to have the honor of being used formally or academically, and that is okay. But just because a language isn’t used in formal situations doesn’t mean it shouldn’t be used proudly, in my humble opinion! I hope Pidgin speakers will someday learn what a treasure they have.

The stigmatization of Pidgin English makes it very difficult to try to learn any of it. I was pointed towards the book “Pidgin to Da Max” as the sole attempt at documenting this language for laymen. If you’re into academic papers, there is a probably a lot more you can find (including a few by John McWhorter, who has studied creole languages in depth).

When it comes to Hawaiian on the other hand, I was very glad to learn that there is strong pride in speaking this language and many recent efforts are being made to incorporate Hawaiian into schools on the island. However, while nearly everyone in Hawaii has a repertoire of at least 25 Hawaiian words, only about 24,000 people actually speak the language. That number is smaller than the number of people in Hawaii speaking Tagalog, with 45,163 speakers, Japanese with 38,561 speakers, and Ilocano (another Filipino language) with 36,275.

I found very few resources for learning Hawaiian online, and my attempts to find tutors through italki never panned out. Drops and Duolingo do both have Hawaiian, however, so I used the Drops app religiously to soak up every word I could. I found the Duolingo course pretty difficult to navigate however, as Hawaiian grammar is very different from Indo-European languages. Even as a linguist, I found it pretty difficult to try to learn it effectively using Duolingo’s “show don’t tell” method.

If you have suggestions or recommendations for Hawaiian resources, PLEASE PLEASE leave them in the comments! I know I’m not the only one that would love to see more Hawaiian learners.

Aloha, and a hui hou! If you’re interested in learning a few words of Hawaiian, check out 10 Hawaiian Words Everyone Should Know!

From Wikipedia's entry on the Hawaiian Creole English term "da kine": "Da kine" is probably the most identifying characteristic of spoken Hawaiian Pidgin, and certainly the most versatile.The humorous illustrated dictionary Pidgin to Da Max defines "da kine" as: "the keystone of pidgin. You can use it anywhere, anytime, anyhow. Very convenient." A surfing dictionary lists da kine as "the word you use when you don't use the word."

The "shaka" sign 🤙 is ubiquitous in Hawaii, where it is said to have originated, used by drivers on the road to signal goodwill when you let them pass, and replicated on logo after logo for Hawaiian businesses. There are many theories about its origin. There is one about a sugar cane plantation worker who was missing three of his fingers. There is another with an early Spanish visitor who might have tipped his thumb to his mouth to indicate they should all drink together in peace. Regardless of the origin, you'll see the shaka everywhere in Hawaii, including the shape of this waffle cone, filled with haupia (coconut cream) and topped with pineapple ice cream. Yum!

Previous #30DRYC: How To Use Challenges as Motivation in Language Learning
Next 10 Hawaiian Words Everyone Should Know 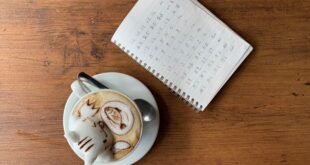